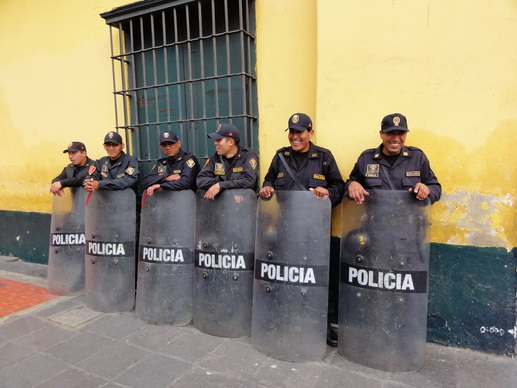 Peru is many things to many people. The TV will have us believe that Peru is crime and corruption. In fact some of the so-called news are surreal.

One TV stations is owned by one former president (or, let's say, majority-owned) who has mysteriously become rich enough to buy himself vote influencers. Another is in the hand of corporations who have an interest in keeping the status quo (big business rules ok) etc... Well, I suppose it's like everywhere else. But, except for FOX News, the bias generally tends to be a little more discreet.

For me Peru is now home and, as you can see, even the riot police have a smile. But then I am in a privileged position and never had to meet the Peruvian police when I wanted to protest my case.

As I said in last month's blog, the winter has been a long (and hard one). If things don't change soon I think I'll hybernate. Just think of all those people who have no way of heating their homes, homes constructed by each family to the best of their ability (financial and practical) and in the foothills rain is increasingly as much a blessing as a menace, especially for those 'pueblos jovenes' - shanty towns packed against the hills like square wasps nests.
Tallking about cultural differences (more often than not born of practical differences) I am beginning no longer to 'see' certain things. I remember that I was non-plussed - still in Madrid - when a Colombian doctor-friend came to the house and didn't take his winter jacket off when I offered to hang it up for him, even though the house was heated. In Peru (and I suppose that applies to most of the rest of South America), people just keep their outdoor clothes on in the house because the difference in temperature probably is one down for indoors because heating is sadly absent. How often do I hear, 'But it's not as cold here as in Europe'. That's quite true, of course. Lima is sub-tropical and the winter temperatures don't fall to the same low levels. But 15º with over 90% humidity is cold, feels clammy and when they keep repeating that it's much colder in Europe I try to explain central heating and that we switch it on when the temperatures are still at Lima-winter level. And if you're not moving much - like me, sitting and working at my computer - it becomes unbearable. So I bought some gas stoves. They help. 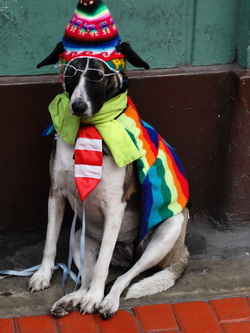 I recently frequented a couple of doctors and clinics for long-overdue checkups and, of course, there's no heating anywhere. Imagine taking your clobber off in a cold room where the doctor wears his winter jacket over his white coat. And so much for hygiene! Let me not start on cold hands on one's (relatively) warm belly...

Which brings me neatly to another one of my duh-moments (and I know how many of you, my friends, are Spanish or live in Spain and that my next observation is quite normal for you). This is only meant to point out another one of those cultural differences with a smile: I remember when I went to the gyno for the first time in Madrid, I found the waiting room full of people. Mostly women (old and young) but also quite a number of men. I was 'let off' from work for my doctor's appointment and sighed, thinking I'd have to wait forever and wouldn't get back in time for whatever meeting. I was also a little pissed off that I'd been given an appointment which, by the looks of things, they couldn't possibly keep. So I settled in and grabbed 'HOLA' . When the next call came, a flock of people lifted off and moved into the surgery. That left a few more and me. What were they all doing in there together?

I don't know whether you remember that I was involved in a freak accident during my last year in Madrid. I had just stepped out of my building on the Alcala when there was one of those metal-on-metal noises which make your teeth fall out, and a heavy piece of metal flew at an alarming speed towards me and landed on my foot. A taxi had driven into the back of another taxi which had hit a tree and knocked one bar from the railings which hit me. My foot had been damaged and needed medical attention, and it hurt considerably. There soon gathered a crowd, an ambulance arrived, police swarmed all over the place, and delighted onlookers had something happen in their boring lives. My portero came out, and then his wife who insisted she'd ride with me in the ambulance and accompany me to the hospital, appalled at the thought I may be in the hospital all alone. I didn't understand why she would want to do that, and she didn't understand why I told her not to.

Here people don't go to doctor's appoints alone either; and, if they are admitted to hospital, the whole immediate and extended family will turn up. So much for a good rest when you are not well. But what would people say of you if you hadn't shown? Could this herald from the times when it was everyone for him/herself? When you needed your family to supply sheets, food and often medicines? Well, once upon a time in Europe. In the developing countries this still very often applies.
You probably heard about the earthquake that hit Southern Peru (around Arequipa) last week. We could feel it in Lima: the pictures on my walls moved and the building swayed like a boat at sea.  The first time I felt my desk suddenly move I was apoplectic. Our building is a solid earthquake-safe construction. So, I suppose, I shouldn't worry too much - not that I do nowadays. I am now a seasoned Limeña. But that 6.8 point quake left a lot of the poorest (always the poorest) in bad shape. I have no idea what - or whether - the government will do to help. In Ica, where a major quake destroyed the greater part of the place a few years back, things still haven't returned to some normality because, as always, most of the government money provided for rebuilding either never got there or disappeared on the way (or once it arrived). Here is a link to our ex-pat online Peru news showing images of homes in Arequipa and Ayacucho after the earthquake. 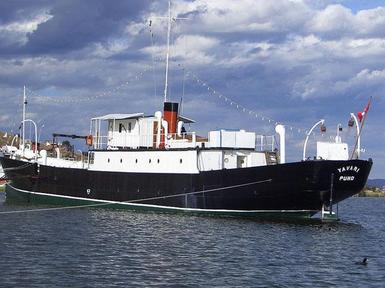 From the article: A gunship commissioned in years of unexpected prosperity in 19th-century Peru, the Yavarí now floats atop Lake Titicaca, open for visits by tourists. How she got there, however, is nothing short of surreal.

As Lake Titicaca is an inland lake, the Yavari couldn’t be sailed to her final destination. Rather, workers in the shipyards of England disassembled the warships for transport. The ships had been specially designed so that they could be disassembled into pieces, none of which weighed more than 200 kilograms, the maximum weight a mule could carry.

I can't possibly leave you without showing off what else Peru CAN do (and Peru can do a lot - it's not just its cuisine or its archaelogical sites, or the Andes, or... Apart from exporting copper, zink etc and more illegal gold than coca, we boast quite a few agricultural exports like citrus fruit, avocados, esparagos, quinoa and much more, and now, as per last month, we are also present on the fashion map. And rather beautiful fashion at that.

I am continuing to write poetry, most of it continues to get published in US poetry reviews, I blog and photograph, play with my new website and lead a stunningly peaceful life. Once upon a time, when I was still immortal, I would have been appalled. Recently I haven't been to see the finca in the rainforest, but Lucho is there at least once a month. In our (Peruvian) summer it's the rainy season there (rain as in monsoon-type downpours when the land can't even be worked - what would I do there) and during what has been our winter Lucho didn't go much anyway because he was too busy. So, more on that another time. Early November I hope to be in Galápagos with my Finnish niece, Merja.

And for this month's worst joke:

WHY CARMINE FAILED TO GET HIRED!

As for the recipe, here's one of the yummiest of all Peruvian dishes. Buy fillet steak. It's worth it.

And as finale I invite you to take a walk with me through a wintery old centre of town.

If you've made it this far, you can have a bonus. Click here to see it.

Until next month. Be well. Con saludos desde Lima, Peru.
Powered by