Hello friends, long time… it seems that I have acquired a condition. A heart condition. Nothing to write home about, really. After I got all upset that my perfect health was no longer, I found out that this is quite normal, come with age. Age? I cried… What age?

So I have, in fact, acquired two conditions: the second one is age. Not something to write home about either. And then, the question arises, what age is age? Nobody ever says to a five-year old, ‘oh, don’t worry, this comes with age…’. Which means one has to ask oneself when is age ‘age’? What’s the cut-off point?

And then I look at all these people I used to know, and they all look old. Don’t you find? What on earth is happening to everyone? And my granddaughters are already (almost) four years old. My ‘children’ over 40? How did this happen while I wasn’t looking?

And that brings me neatly to something else I was thinking about: with age comes a thing called death. Well, not necessarily simultaneously, but it’s kind of moving into the sights. Until a certain age we were immortal (well, that time is long behind me). King Arthur, Lancelot, Gawain and all the kings and queens of the time were between 16 and 30 (30 was already a ripe old age, a woman at 35 was an old lady). Children would be ‘given’ to the feudal lords to learn swordsmanship when they were only five or six. I suppose they all looked like Nadal, over-developed right arms. Girls became queens (or not) at 13, 14, 15 and by that time had born their first bunch of kids (you had to have many because a lot of them died, if not as infants, then they were murdered, and if they weren’t murdered they would die in battle somewhere).

So, in order to be immortal and run around killing dragons you have to be young. I ain’t killing no more dragons (that’s another thing we found out: girls can kill dragons too – that came with the times we lived in).

Which brings me to my favourite Germanic saga told the Rosie way: once upon a time there were two beautiful girls, Brunhilde and Kriemhilde. Brunhilde was the one who’d found out well before her time that she was strong, could use a sword, and – if some illustrations are to be believed – she wore a helmet most of the time. Kriemhilde was the one who wore on of those cones on her head (with a veil – promise, I saw the pictures when I was little), she behaved really well, knew how to lay a table (that’s about all she laid), recited poetry (I imagine) and embroidered with the best of them. Kriemhilde was the blonde, Brunhilde the dark-haired one.

Their father was very happy with Kriemhilde, but didn’t know what to do with Brunhilde (of course) so he did the intelligent thing: he chained her to a rock and forgot about her.

Now it so happens that Siegfried was out and about doing a bit of dragon slaying of his own. And as he was slaying away (a dragon, if I remember right, which was about to eat Brunhilde all up—or take her to his den or what dragons did in those days) he killed the dragon and rescued Brunhilde from the rock (I am sure she could have done her own slaying had she not been handicapped in this way).

As soon as Brunhilde was free, she challenged Siegfried to a duel and he won, of course. It’s not easy to beat a hero when you’ve just been chained to a rock for the duration. Your muscles sure must be stiff. Logical that he won. But Brunhilde was delighted: finally a guy who beat her at it. She said she’d lay the table nicely, and recite poetry, and embroider. But, Siegfried, being nothing more than a stupid knight, married Kriemhilde, and I doubt whether they lived happily ever after (there is a story but I forgot).

Do you remember a film (an old-ish one, I admit) which was called something like Marriage a la Italiana? He and she in deepest darkest Italy (Sicily perhaps?). He: “Oh, go on, I love you so much, go ooooon, if not I’ll leave you etc etc” And she loves him so much and finally gives in, loving him even more. That’s when he points the finger: “You whore, you think I’ll marry someone who’s not a virgin?”

Never mind, just things that slip into my mind while I am writing. It’s all old stuff. This wouldn’t happen any longer in enlightened today… or would it? You won’t believe this, but I adore the male half of the population. And I have never met an INTELLIGENT male who didn’t enjoy the company of an INTELLIGENT woman. There you go. Good riddance. No INTELLIGENT female would be able to tough it out with a SHTOOPID male(?)

Now I don’t know how I can possibly get back to this thing called ‘death’ I was profounding about in my head. I wondered about this for a while, but perhaps found part of the answer recently when examining my ticker and the consequences: I am not frightened of dying. I am not. Honest. Some of you know why (remember my brain op?) Well, I died that day (a little) and it was the best thing that ever happened to me.

And people say that even animals are ‘frightened’ of death. I have started to doubt this. Well, not in the form it is often portrayed, I think. Out there in nature these guys know what it’s like to eat and be eaten. It doesn’t make them happy to be eaten, and when it hurts it hurts, and then there is the survival instinct. But FRIGHTENED of death they are not. I am convinced.

I have come to an interesting conclusion (until I change my mind): the human being is not afraid of death. The ego is afraid of oblivion. That’s part of the deal. The other part is that the antelope doesn’t have a granddaughter to think of while she’s being killed. Or an elderly mother, or what will my dear old hubby do without me… the emotion, the attachment, the loving thoughts of THE OTHER are taken out of the equation and make things far more matter-of-fact. 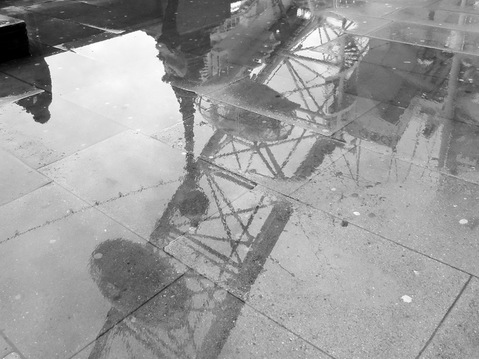 Having said all that I have been looked after and I know what I’ll be around for a while yet. This here antelope (well…) is aiming at dying of old age. Real old age, I mean. Even in Peru we found a wonderful medic and I am in good hands and soon shall again grace MAD for another round of lunches and beers, and see my ever more beautiful little girls. So, be warned. This is only the beginning.

For the rest my doctorcito and I are exceedingly well, I write, photograph and  blog; and he works—just as it should be when you’re not properly liberated (it’s no longer feminism, it’s age-ism now). But who wants to work their little hearts out until they drop dead? Somewhere has to be a cut-off point and, besides, I never had the time to be as creative as I am now. We all learned to believe in slavery and think that it’s ‘normal’.

Friends, I wasn’t going to write this today or any other day. It just slipped out. And since it’s here I may as well send it out to all of you and bid you adios until next we meet up (or not). Be well.  Until soon.

Forgive my lack of photographs this time, I didn't have anything useful on death, old age or King Arthur. SMILE. 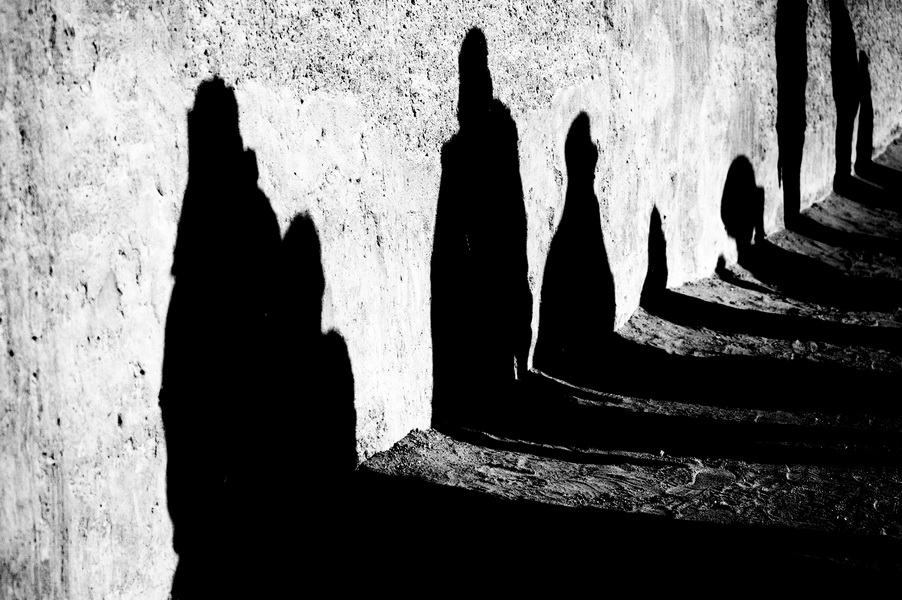